J.M. Smucker Embarks on Mission to Provide Music and Arts Education to Schools Across Northeast Ohio 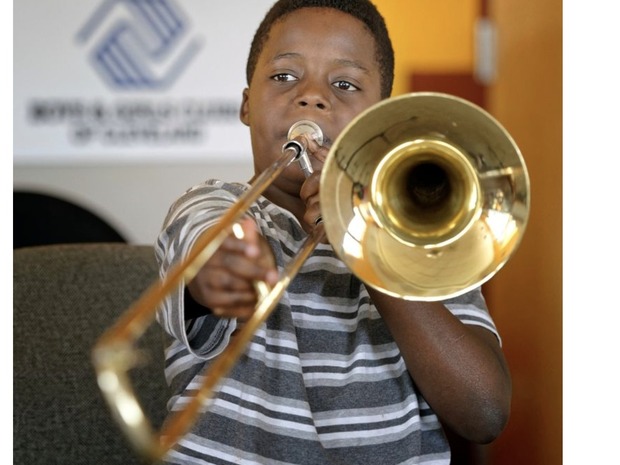 This is an excerpt from the article, you can read the full release HERE.

J.M Smucker has a brand new jam, and while it won’t fit in any jar, it might very well help fulfill the lives and improve the education of young people in Northeast Ohio.

It’s a jam of the musical, variety, and the Orrville-based company better known for the strawberry stuff is embarking on a mission to spread it across the region. Because while STEM-based education programs are important and often supported by large corporations, Smucker thinks kids should still be educated in music and other arts as well.

“What I wanted to do was have kids get this experience from world-class institutions in our backyard,” said Geoff Tanner, Smucker’s chief commercials and marketing officer and the person who came up with the ideas for the programs, which has been dubbed “Opening Track.”

He’s also the driving force getting the program going and has already recruited the Boys and Girls Clubs of Northeast Ohio to participate, along with the Cleveland Orchestra and the Rock & Roll Hall of Fame, so far.

Tanner, meanwhile, is working on reading more funding and developing the effort’s programming, alongside the Boys and Girls Club representatives of the Rock Hall and orchestra. He’s run some pilots for the program among a few of the local club chapters but intends to roll it out to all 40 of them next year.

“The startup funding from Smucker enables us to hire two full-time people,” Tanner said. “I’ve hired two instructors full time to deliver the pilots to the clubs. We have a lot of material from the Orchestra, the Rock Hall, and others. The goal of the funding will be to raise money to hire others, to roll this out across the rest of the clubs.”

That’s all music to the ears of folks like Joan Katz Napoli, vice president of education and community engagement for the orchestra.

“We got involved because it’s a terrific program and a wonderful idea — and the Cleveland Orchestra is a firm believer in the power of music to change lives,” Katz Napoli said. “We’ve worked in education since 1918, from the very beginning when the orchestra was founded.”

She cites research, such as studies that have looked at how musicians’ brains react in an MRI machine while they are playing, that show music is a powerful tool for activating and exercising the brain. But more than that, in her more than 20 years with the orchestra, Katz Napoli has seen first-hand how childhood music education has changed the lives of many of its members.

“It’s safe to say that almost every member of the orchestra started their music education at a young age,” she said.

And, while the musicians might all look like they came from privileged backgrounds when they play in gowns and tuxedos, many if not most of them came from humble upbringings, and it’s music that got them where they are today, she noted.