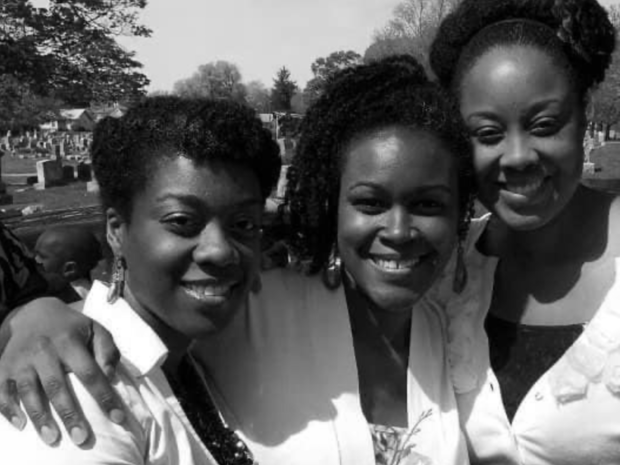 The visual artist Titus Kaphar was asked at a talk in Cincinnati how long his work had been political. He told the audience that for some people -- people like him -- the work is always viewed as political.

Recorded two days after the 2020 presidential election and two days before the race was called for Biden, the Beard sisters took a break from refreshing their news feeds to speak of this same idea and many riveting others in Episode 2 of Three Sisters.

Even without direct conversations about race and politics in the Beard household, the young sisters were inspired by dogeared books including The Autobiography of Malcolm X, Kaffir Boy, Native Son, Invisible Man and Her Eyes Were Watching God (get these titles and more at DeAndra's Beyond Barcode Bookstore! See below for direct links.) These books were often being read simultaneously, one sister waiting to pick up the book the second another put it down. When sister Devona began to eschew hair straighteners, it was clear to the younger sisters that an act of bravery was happening, even if they didn't have the words to explain it as anti-racist representation.

The sisters also talk about the challenges of parenting and the need for new rituals -- ones that take rituals of oppression and turn them on their head. As always, the conversation is deeply personal and beautifully, tenderly universal.

We would love to hear from you! We've added a comment section on our Three Sisters page at The Well.

Please let us know what you enjoy, what you want to hear more of, and if you would like some Three Sisters Swag. We're thinking t-shirts, totes, the whole deal! :)

And because the theme is sisters:
Difficult Women

Can I Touch Your Hair
Hair Love
Happy To Nappy
My Hair Is A Garden
Woke: A Young Poets Guide To Justice