After Alaska: Walking with Change, Minding the Names 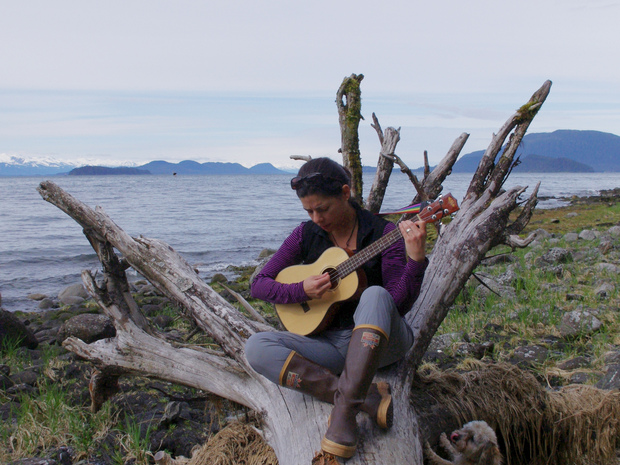 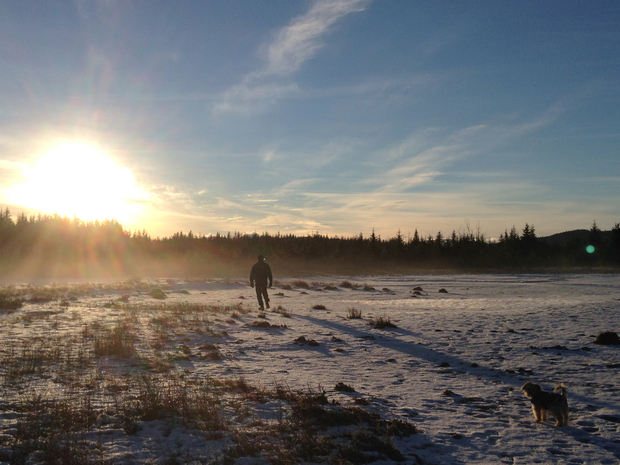 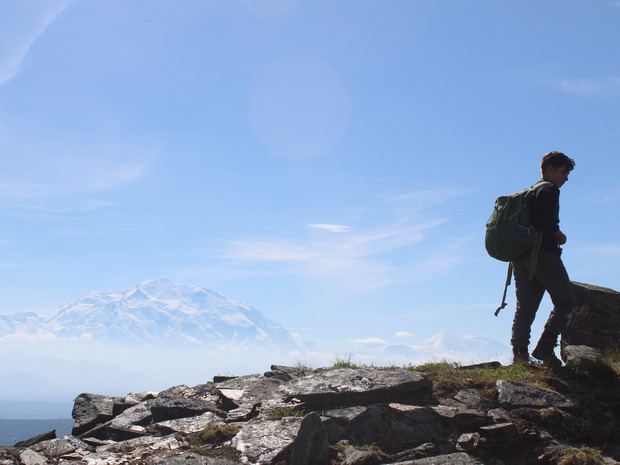 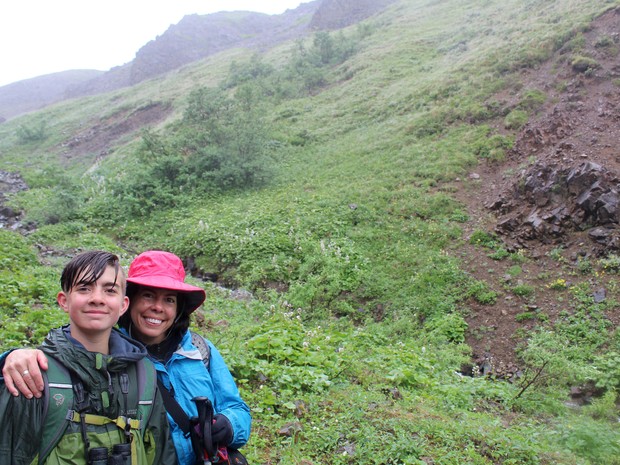 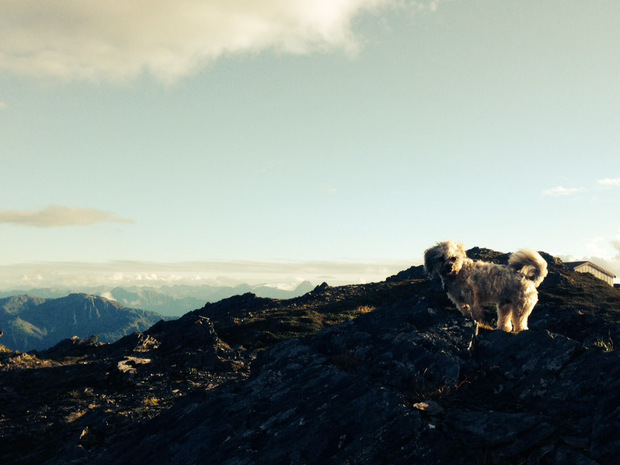 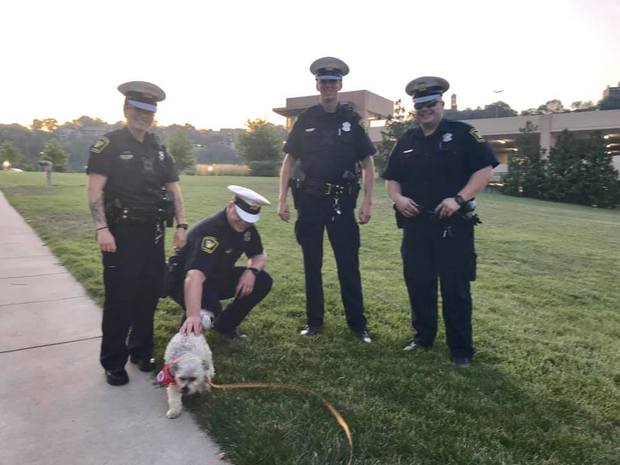 OK, this’ll be quick—judging from past experience, I’ve got about ten minutes of self-reflection time here before my next cataclysmic event. Also, the dog needs walking. Mindfulness, GO!

First, so you know where I’m coming from, here’s a rundown of my last 25 laps around the sun... and yes, sometimes I feel every one of those 14,600 million miles:

1994. I graduate college with a degree in theatre (for love) and journalism (for job security, in that era). Abandon Broadway dreams and launch a promising career as an arts reporter, critic, and editor.

2000. Marry my best friend, while working at the South Bend (Ind.) Tribune. So far so good.

2008. Simultaneous collapse of said marriage and of the American newspaper industry as we know it. Take a buyout from the Observer, limp back to Cincinnati with my preschooler, and move in with my Mom.

2009. Back on my feet, living in Over-the-Rhine and doing publications and program work for the Educational Theatre Association. Happily single, I think.

2011. Fall in love with an Alaskan, while teaching people with visual impairments how to cross-country ski. (Yeah, skiing while blind, that’s a thing: www.sfl.org.)

2012. Move to Juneau, because 3,000+ miles is a ridiculous long-distance romance and Alaska Airlines doesn’t fly to CVG. Thanks to my A-level negotiation skills, am able to bring the kid and the job with me.

2015. More good news: I joyfully reunite with my birth family after 43 years (did I mention I was an infant adoptee?). Marry said Alaskan. Get a Schnoodle dog. Rocking life, basically.

2018. Launch fallback career in the performing arts—successfully, but not enough to afford the high cost of living in Juneau. Son now secure in his identity but needs better options for high school and healthcare, and more time with his Dad.

2019. Move back to Cincinnati, again, leaving behind a great job, wonderful people, and a boatload of material possessions because—guess what?—the ferries were on strike the month my house closed.

Two weeks ago. A friend asks me to write a blog entry summing up all the wisdom I’ve supposedly gained from the Lifetime Movie my life has become.

Me: “But Stacy, I’m the least mindful person I know—I just hurtle from one catastrophe to another, making bad jokes along the way.”

She: “You’ve weathered all these huge transitions with such strength and grace.”

Me: “My fourteen-year-old just went vegan and it’s making me crazy.”

She: “You’ve both been on this inspiring journey.”

Me: “I own two yoga mats, and I forget where they are.”

Why is this so hard? Maybe all those years as a journalist, on top of growing up Catholic, Midwestern, and female, trained me to be more curious about other people’s stories than I am about my own. Still, at every stage of this inspiring/insane journey, from Ohio to Alaska and back again, people have told me, “You should write about that!”—and I have, sort of. I wrote a magazine article inspired by my adoption reunion, made this video with my son about his gender quest, and kept a CaringBridge journal through Ken’s cancer treatment and death.

I’ve attempted to document my experiences of love, loss and unceasing change, through words and pictures, on Facebook. I’ve made deep connections with people on similar paths, via email and other channels, and found support in readers’ (friends, loved ones, and strangers alike) responses to all of the above. I keep telling myself I’ll sit down and write a whole book whenever shit stops happening and I can catch a breather.

A moment whose approach, however, seems increasingly unlikely with each passing day.

So I accepted Stacy’s blog challenge, warning her that what passes for introspection from me in the current moment usually involves crying behind sunglasses while waiting in line at the DMV. (Pro tip for living at full-tilt-pivot: never leave the house without a cute pair of shades, tissues, a water bottle, and a healthy snack. Also: never attempt to register a car in Ohio that you purchased in Washington State while still legally a resident of Alaska. By your sixth trip to the Counter of Doom, you’ll want to gouge out your own eyeballs and never drive again.)

I figured I could at least provide The Well readers some fresh responses to the dreaded query, “How are you?,” e.g., “Well, if I were a dog, I’d have a plastic cone around my neck—but I’m on the mend, thanks!” I thought I might also list some aspects of my Alaskan life that I hoped would survive the Ohio transfer: a habit for getting outdoors every day, whatever the weather; more time spent on foot than in the car; less shopping and more foraging, sharing, and making do; a strong sense of community responsibility, coupled with a healthy sense of detachment from the political circus “down south” or “outside,” as Alaskans refer to the rest of the United States; and most of all, a profound appreciation for indigenous knowledge, culture, and values that have sustained human life on this continent for millennia.

From my Juneau friends at Sealaska Heritage, here’s one example, in Tlingit, the language of the Pacific Northwest “People of the Tides”: Haa Aaní, or “honoring our land.”

We have so much to relearn, ASAP. Sometimes renaming is a good first step: there’s been a resurgence of indigenous place names in Southeast Alaska, a recovery of concepts lost (but not forgotten, by elders) over a century of colonialism. The 2012 book Haa Léelk’w Hás Aaní Saax’ú: Our Grandparents’ Names on the Land, edited by Dr. Thomas Thornton and published by Sealaska Heritage, lists hundreds of regional place names in Tlingit, Haida, Eyak, Athabascan, and other Alaska Native languages, along with their English translations and oral histories.

A big news story from our last few months in Juneau was the renaming of Juneau-Douglas High School to incorporate the Tlingit name for the mountain that towers above it (and above the house we lived in, just uphill from the school and a few hundred yards from a well-known avalanche path): Yadaa.at Kalé, or “beautifully adorned face.” Like most indigenous geographical terms, it’s descriptive; the name really is about the place, and not whatever white person happened to be standing there whenever the official map went to press.

Around Cincinnati, the erasure of indigenous language and lifeways happened several generations earlier, and was tragically (brutally) more complete—but even here there’s a movement to revive some of the old names and their meanings. Ohi:yo’, variously translated as “good river” or “great river” or “large creek,” is an Iroquoian phrase of the Seneca people, who thrived in this part of the world for centuries, without trashing it. Today, when I walk my dog around town and pick up litter—any Alaskan, I can tell you, would be disgusted by the amount of garbage underfoot around here—I like to think that I’m honoring the people who traditionally cared for this land and for the great river flowing through it. When I follow my son’s lead with a more earth-conscious diet, as much as I love goetta, in a small way I’m practicing Haa Aaní.

Living in Alaska for the last seven years, particularly in Juneau with its extraordinary natural beauty and ascendant indigenous presence, was a tremendous gift—though I carried it home in a shattered heart. If I was really listening up there, I should have all the tools I need to keep healing from past calamities while bracing for those to come. As they surely will.

I don’t seek change anymore, but I don’t fear it, either. Beneath the bruises of my grief, still felt and seen, are the muscles I’ve built without even trying, step by step, mile by mile. I’m rock-solid where it counts. After Alaska, after cancer, after everything else, I know what defines me. I know my place on a map. And I know those avalanche paths running through my life aren’t scars. They’re adornments, and they are beautiful.

Julie York Coppens is the new educational outreach coordinator at Cincinnati Public Radio, working on 90.9 FM WGUC's Classics for Kids and 91.7 FM WVXU's Democracy & Me; among other creative side hustles, she's spending weekends in October guiding guests on the Haunted Brewery Tour in Over-the-Rhine. Julie lives in the Pendleton neighborhood with her son Seth, a freshman at the School for Creative and Performing Arts, and their dog, Simeo.